Technique of the deals’ execution Part 2 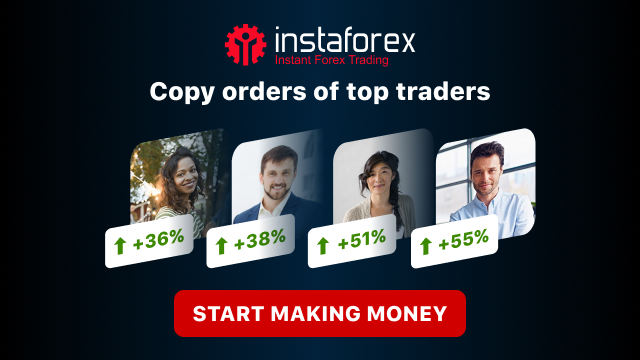 Let’s continue lecture №6. We need to execute one more deal. Place orders which limit your profit and loss. Leave position open and observe changes which happen in the informational field of InstaTrader terminal.

Due to the growth of EUR/USD, long position was opened at 1.4497 (ask), so we bought basic asset.

As you can see at the above pictures situation is almost the same as with the deal 1. But sums in the fields balance and free margin are corrected allowing for profit received as a result of executed operation. We see buy order; depending on a quote for pair EUR/USD Margin sum is calculated 144,97 (because ask=1.4497).

In order to limit our losses and fix profit we establish orders according to which a Broker must close our deal when a price reaches levels set up in the orders. Open context menu with the right mouse button and choose the line Modify or Delete order.

Let us examine the case of stop loss and take profit establishment when a quote reaches the following values Bid=1.4493 and Ask=1.4496.

This action leads to the changes only in the table notes “Position”.

In the columns S/L and T/P price levels appear which we indicated while order placing, this means that orders are accepted, placed and a Broker carries out an order in case a price reaches this levels. We limited our risks by stop-loss and now if Euro falls our losses constitute not more than 5 US Dollars. It is obvious why a trader places S/L, but what about profit fixing?

As it is known, price does not move only up or down, reaching a certain level a market starts moving in the opposite direction. That is why it is very important to determine not only levels of the possible losses but also levels which a price may reverse at. In order not to turn profitable position into unprofitable you should fix profit in time. It will be done with the help of take-profit order when a price reaches necessary level.

These orders will be executed without direct participation of a trader by a Broker itself according to the received orders and that is why it is not necessary for a trader to stay in front of the computer and monitor market movement. Moreover, placed limit orders (take-profit, stop-loss and any pending order) are executed without slippage. Slippage – is a difference between a price which an order should be executed at and a price of actual execution. For example, a trader places an order stop-loss for closing long position and establishes a price 1.4489. In case this order will be executed with slippage which is used by many brokerage companies it may be executed on 1-3 pips worse, i.e. at price  1.4488, 1.4487 or 1.4486 and this decreases possible losses significantly. According to the rules accepted in the company InstaForex orders are executed exactly at a price established by a client even if there is a strong movement at the market.

Let us leave the position opened, without making a reverse deal at the day of its opening and have a look at the changes.

Euro price falls and quote for EUR/USD is 1.4486(bid)-1.4489(ask), that is lower than the level of the placed stop-loss order. This means that opened long position must have been closed and absence of any notes in the table “positions” proves it.  Open a window account history and check results of the deals executed at the given account.

Look through the appeared data. In the first line a price which the deal was opened at is reflected.

In the line “Profit” we see -13. This sum is a result of the collected loss 13 US Dollars (after position was closed at a price 1.4489) and commission for prolongation of the position Swap (if it was).

Pay attention at the line “profit/loss”. -13 is profit (there is “-“ sign). As it was mentioned above repeated purchase of the asset (EUR) was made at a price 1.3579, this means that calculations for order stop-loss should be made according to this price.

Execution of the deals via trading terminal MetaTrader4 is possible not only by means of the market orders as it was executed earlier in our lecture but also with the help of limit orders. Limit order is an order to the broker for buy or sell deal execution if a level indicated in this order is reached.

In order to place limit order it is necessary to open window “Order”.  Mark that this is a limit order, the price a deal should be executed at, deal type: buy or sell, and time of this order validity.

In our case we opened BuyLimit deal:

For example: a trader had opened long position for pair GBP/USD in the amount of 10 000 at a price 1.8000 and after some time decided to reverse a position due to the fact that the price reached target level and great possibility of the movement in the reversed direction appeared. He placed a sell order and increased the sum of the opened position in 2 times. It constituted 20 000, deal was executed at a price 1.8050.

As it is seen trader’s position remains opened, but reversal took place, this position was closed and short one was opened.

Except above mentioned orders the opportunity of the usage “Trailing stop” orders is foreseen in the terminal. This topic will be your home task, it is good described in the manual to the terminal.