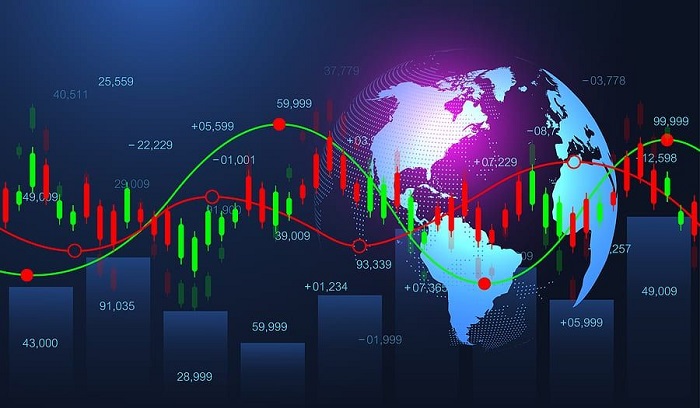 What makes Forex attractive not only for heavy speculators but for private investors as well? This is mechanism of margin trading.  Margin trading is used for providing an access to the market for clients who administer small funds, standard lot in the company InstaForex is 10 000 USD, that let to trade with minimal deposit 1 USD.

Margin trading principal is the following – for the deal execution it is necessary to have just a small percentage of the full contract sum. To buy or sell currency a client should pay bank or other Brokerage organization guaranteed deposit after which leverage is provided to him/her (leverage – the use of various financial instruments or borrowed capital, such as margin, to increase the potential return of an investment.) Borrowed money is used for currency, shares or other assets purchase, with the help of leverage an investor gets an opportunity to execute deals with the volume which exceeds initial investment in 50-100 times.

Other words, purchase of the currency with margin is a contract conclusion with paying of its part by means of credit, provided by Broker. That is leverage helps both the investor and the firm to invest or operate. However, it comes with greater risk. If an investor uses leverage to make an investment and the investment moves against the investor, his or her loss is much greater than it would’ve been if the investment had not been leveraged – leverage magnifies both gains and losses. There are two types of margin: fixed margin and margin of interest.  If fixed margin is a guarantee factor a trader must have a certain sum which ensures security requirements according to a provided leverage.

For example, leverage 1:100, standard lot is 10000 trading currency units, it means that it is necessary to ensure a deal by the margin 100 units of the deposit currency in order to open position with 1 lot. 10000/100=100 and in this case it does not matter which currency a deal is executed with.

The situation is different when we speak about the margin of interest. We need to ensure a deal by the margin, constituded a certain percent (according to the conditions of the leverage) of the amount of trading currency and this sum is counted in accordance with the current rate, which takes into account currency of the deposit and currency of the trading asset.

Suppose: currency of the deposit is USD, margin of interest – 1% from a deal volume. A trader decides to execute a deal with EUR/USD, volume 1 lot (10000 EUR), rate at the moment of a deal execution:

The scheme of the deal balance

Executing an opposite (offset) deal you not only fix your profit which will be added to you margin but also return a credit to the Broker.

The scheme of the deal balance

In this case loss 89 USD will be deducted from your margin. That is why it is obligatory to have margin. As you understand a Broker does not want to suffer losses due to executed deals and that is why margin is an obligatory condition.

Margin trading does not presuppose physical supply of the funds and in the basis of such calculation method lies netting. Netting is a method of calculations on executed deals, which does not foresee transaction of all assets volume but only a result of the executed deals when a sum of the bought and sold base currencies between one and the same counterparties is the same. Mutual compensation of the liabilities and assets, bank balance between bank’s branches or several banks, this operation lets save on the bank fee and decreases currency risks. This method of calculations is widely used in the inter-bank trading.

Here is an example:

The structure of the given situation is the following – after the buy bank A owes bank B 1205000 USD, in its turn bank B owes Bank A 1000000 EURO after inverse operation is made, so Bank A sold Bank B 1000000 EURO at 1206000 USD, an opportunity to offset the main sum of the deal and make final calculation by sending of the difference 1000 USD by Bank B to Bank A appeared.

As it is seen from the above example a calculation among a Broker and a client is a calculation with the help of netting. In order to limit risks, different brokerage companies set a certain level of the margin fall and when this level is reached client’s position is closed automatically, it means that offset deals are executed without client’s participation in the process.  In our company this limit is 30% of the initial margin sum. This means that losses of the client may be 70% of the sum deposited to the trading account. Suppose a client has deposited 1000 USD. Initial margin, non-implemented profit/loss (current result of the opened positions) constitutes 700 USD, this means that current balance (deposit sum decreases or increases in the sum of non-implemented profit/loss) equals 1000 USD-700USD=300USD, 30 % of the initial sum and according to the rules a company compulsory

Closes client’s opened positions fixing loss. In case several positions are opened, for example 3 positions with 1 lot, then these positions are closed one by one beginning with the position which has maximum loss. For instance, it was deposited 3000 USD and opened 3 positions each with 1 lot (30000), initial margin will be 3000 USD, all positions appeared to be incorrect and a loss is already 2100 USD. This means that your current balance is 900 USD or 30 % of the initial margin (30% of the sum 3000), so in this situation compulsory closing of the positions will take place, first a Broker will close position with the maximum “floating” loss.

Such mechanism lets avert the full loss of the deposit and appearance of the debt to the company or other party of the market. During a position shift a commission is charged. Position shift is when executed deals are not closed at the end of the day 00:00, and positions are shifting to the next trading sessions. The main reason why a commission is charged lies in the credit resources, received by a client while deals execution, and after 00:00 it is considered that a client uses a credit for 24-hours. InstaForex provides an opportunity to open accounts without commission charge, this type of account is very popular in the Islamic countries, that is why this account type is called Islamic account.

The field “free margin” determines how much money you may use in trading. So, leverage is a serious instrument which increase a potential profit level and at the same time risk level.

Useful information for users of the terminal InstaTrader.

You may familiarize yourself with the margin volume for all instruments at page: http://instaforex.com/specifications.php