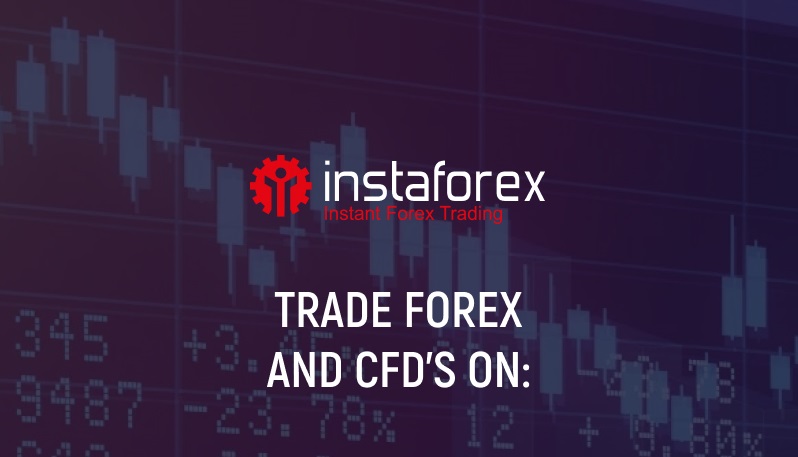 Forex international exchange market represents a particular version of the world financial market. The Forex traders (traders, market participants, able to present some company or trade at their own cost)  are targeted to make profit as a result of purchase and sale of a foreign currency. The all currencies exchange rate, which are in the market turnover, change continuously due to the demand and supply fluctuations, influenced significantly by any essential events for a human community in economic, political and environmental sectors. Consequently, the foreign currency price moves one or another way, for instance, dollar-denominated. Using this movement with the common Forex market cliché «Buy cheap, sell expensive», the traders draw income. The Forex market may be distinguished among other financial market sectors because of a fast reaction to the tearing dynamics of  numerous externalities:

As it happens in any other market, in addition to extremely high profitableness of the Forex trading, it is interfaced to a great risk. The advancement may be achieved only in case of obtaining a certain background, including the familiarization with the Forex variability and structure, the currency price setting policy, the factor influencing the price and risk level adjustments during the deals, information provider for recording this agencies, analysis and market trends forecast methods, the trading guidance and instruments.

During the preparation period prior to the trading on Forex, a training on demo-accounts is of a great concern, that allows to adapt the gained theoretical skills in practice and acquire the trading experience minimum without any pecuniary losses.

The currency exchange has a centuries-long history coming from the Ancient East. In the Middle Ages period began the eventual currency market build-up, when the emerged international banks introduced the exchange payment facilities, available for third parties that improved the flexibility and the trading deals quantity.

A rapid industrial and commercial development in Mediaeval Southern Europe required the currency exchange operations. Up to now, you can easily change dollar and pound for a local currency in any jewelry department of any Mediterranean country.

In Medieval Europe the exchange rates were determined by pure gold content in a coin and the main instrument of jeweler – moneychanger was a pair of scales with weights. Having weighed in the balance two different gold coins and evaluated the gold content in density, a Florentine moneychanger could easily find out the coins’ cross-rate. It was more compound to determine the quotations of gold and silver coins. A bullion dealer should concatenate the gold and silver prices quickly and correctly.

Local gold and silver prices adjustments made possible to carry on arbitrage operations. The earning capacity from the arb business was measured by exchange transactions volume and accuracy of information, held by a jeweler. The calculation errors were unlucrative for a money jobber, so the raising of weighting process precision was indispensable for further professional improvement. It’s interesting to know that the word “burse” came out from italian word  «borso» meaning the  wallet of moneychanger. Using a modern economic language, the exchange transactions of medieval jewelers were arranged in the form of dealer market, which remains in force till now and performs as an OTC (over-the-counter) market – alternate exchanging market.

An existent currency market took shape in the late 18 th century and was juristically confirmed in 1867 in Paris. A foreign currency could be changed without restraint for gold in a quantity specified on a bank note. The exchange rate was almost fixed. As a major currency turned out to be the British pound. The Paris Agreement period left its mark in the form of  “Gold Standard” in the history of currency system development.

Owing to the monetary system expanding in 1944 in Bretton Woods (USA) was endorsed a new agreement, amid which all the currencies should be pegged to the U.S. dollar and the last one – to the gold. As a result, there emerged a so called smooth pre-determined rate. At the same, was launched the International Monetary Fund – IMF.

The FOREX market improved further de facto in the early 70-s, when almost all leading capitalistic countries began using a floating rate. In 1976 on Jamaica in Kingston was legally confirmed settled intercourse on the currency market and the American dollar was accepted as a key reserve currency worldwide with three main functions – payment facility, evaluation of other currencies, reserve currency.

The FOREX market is a decentralized system consolidating all the participants by various connection means. With a development of advanced telecommunication resources apart from traditional phone dealing also emerged the electronic dealing systems. (The first electronic dealing system was developed by REUTERS Company in 1981). Nowadays, there is a great variety of trading systems using not only satellite-assisted information channels but also the Internet means.

The present FOREX market insiders may be classified in the following way:

Banks-marketmakers (banks, which “make” the market, the price setting is made up by reference to their quotations) are actively engaged with the market not only concerning the clients’ requests, also accomplishing its own strategies.

Brokerage/Dealing service – firms, carrying out the trading mediation at own costs and on its own behalf, the client base consists mostly of private investors.

Worth pointing out that the last 4 items are working through their banks for the most part.

The Forex market is in operation day and night from the New Zealand banks opening and to the U.S. Western banks closing, 5 days a week except holidays, when banks all over the world or in certain countries are inactive. You can find such holidays calendar at the website of Insta Trade Corporation: http://instaforex.com/holidays.php

More detailed information – at our website in the Financial world rings section:

The market activity is differential, the most aggressive are American and Asian sessions and the biggest trading volume is recorded in the European one. New Zealand and Australian deals are considered to be the most calm. It is due to that during these sessions there are not many participants in the market, most of them – Australian and NZ banks and financial organizations. With the Asian session opening the situation becomes more intense, where yen is a dominating currency, and economic climate news from Japan, performing as a South-East Asia leader, can give a great impulse to the market.

The main European session events take their rise in London with the biggest trading volumes at this time, the move adjustments can be very significant. But the most essential doings take place on the American trading arena, where a great many of market participants get their long-awaited data. As a rule, these news have a deep influence on the traders and on the currency rates, consequently.

Facing the financial markets concepts and opportunity of gaining from trading with assets, a lot of people put a question – whether everybody can assimilate this wisdom, will I be able to become a successful trader and earn my living by this activity. To answer these questions here is an example, known worldwide:

In late 1983 in the Street Journal, Barron New York Times emerged an advertisement about that Richard Dennis makes a search for people who want to become traders. The job required a move to Chicago, where the trainees would get a low wage plus some profit share and Dennis in its turn would instruct them with his trading techniques. To catch on the sensationalism of this advertisement it should be taken into account that Richard was entitled the “Prince of the Pit” (Pit – a section of an exchange where trading in a specific commodity is carried on.) He began trading when he was 17 with a start-up capital of $1200 and at 25 he made up his first million. Dennis chose 14 persons out of those who came – among them was an actor, a guardian, two professional card players, a low-paid accountant, a pair of not too lucky traders, a financial consultant, a boy who has just left school, a woman – former bourse clerk and even a fantasy games designer. During two weeks Richard was teaching the future traders, after that he allocated a limit for trading out of his company’s capital. That was the beginning of Turtles history. And it is legendary. All of these people without exceptions managed to earn millions. They had become extremely successful traders. All of them opened their own firms, operating with more than 1 million dollar capital.

Turtles came into being after a bet between two traders. The dispute core consisted in, whether it is possible to learn to trade. Two old friends and business partners were arguing, one considered that for a profitable trading a person must have some kind of the sixth sense, like an animal instinct for profit, and the other one considered everything to be more simple with the trading methods, which can be passed from one prosperous trader to another. They were arguing during several years until they made a bet on $1. They decided to form a group of people and teach them everything they know. The results of these new trained specialists were to give an answer to the question – is it possible to learn how to conduct an advantageous trading. The end of the experiment was described earlier and this history has become an incontrovertible evidence of some facts:

Firstly, an auspicious trade doesn’t depend on inherent peculiarities, to the contrary, every person has an opportunity to trade profitable having just average intellectual faculties – more essential is to have a good teacher.

Secondly, a recipe for success lies in a consequent following the profit strategy, where a consequence performs as a determinant factor.

A knowledge necessity, at least concerning the main financial markets principles, is indisputable.

Even if a person doesn’t aim to be a trader in the future, in any case, he has to know what is it a price trend, which financial instruments exist, how to hedge a currency risk and many other issues, which are used on Forex and in all financial market sectors. It’s impossible to overestimate these skills, often happens when accomplished businessmen ask about – how to avoid the losses, emerging from rise or fall of currencies, how to develop a hedging strategy, how to comprehend this or that nuance of the financial market etc.

This course, alongside with an opportunity of obtaining a new trader specialization, also oriented to carry out one of the most goals of our company – to help a person gain knowledge in the financial markets field, which will increase confidence while sorting out the financial issues across the board.

What can InstaForex company offer?

A broker appears to be a stakeholder between you and a market. An entrance to the financial market without a broker is almost impossible.

Trading at the stock exchange is also impossible – the bourse accredits as its participants only certified individuals and corporate bodies checked up by the supervisory authorities. As a private individual you are allowed to sell and buy the stocks only amid these companies’ broking.

A trader usually cooperates with his broker using the trading terminal – a program, which is installed on the computer connecting to the Internet. This gives a trader a full information support (quotations, news), an opportunity of making deals with different financial instruments and receiving closed deals data, orders data etc. A convenience of using the trading terminal is one of the crucial factors in choosing a broker. Nowadays, InstaForex company operates with MetaTrader4 terminal. The terminal provides means of settling the bargains with the help of Internet, obtain the rates on-line, look through the history of opened positions, deals and orders, monitor the situation at the graphs using the technical indicators and many other facilities.

A full reading list you can get from our web-site:

http://instafxeducation.com/for_traders.php?lang=en, where you can also obtain admittance to one of the largest currency trading libraries absolutely free.